© oanavoda.com 2019, All Right Reserved.
By Oana Voda in Soul

Sounds of my mind, Sri Lanka

I was at the gym, I pushed through and now I exceeded the physical limits I had before.

So every time that I am stuck, I actually know this is the way I am going to the next level. Kinda cool, dont you think? Pain.. a cue for growth?

I don’t know how I can ever forget the sound of the sea. If you really pay attention its not just a wave crashing, there are billions of drops. The sum of all is far more great than the one .. I keep reading and I cant remember all these nice sayings…

They say you can only focus on one thing and one thing only. So how come I can hear crashing waves, the palm trees moving in the wind, the birds (they almost talk) and some random voices?

Probably there not different sounds but maybe just one sound. The sound of the sea wrestling softly with the shore. What an embrace huh..? And its moving, its constantly up and down, left and right and all the directions… I never really paid attention..

It is constantly moving, swaying sometimes softly sometimes angry, it bounces, it spills, it pours, it overwhelms and it pulls you in.

I love the ocean. Probably I love a sea more because it’s not as wild, its calmer, a sea is somehow confined. And the boundaries make me feel more at ease. At least knowing there are boundaries.

I love the sea more than the mountains, because of its never ending movement.

The mountains are so quiet and static.

To be alive it is to be movement. And also still I guess.

So maybe I prefer the sea because I dont really know how to be still?

Habits on the road 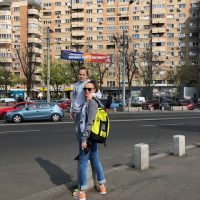 Things happen as I happen

I am so fascinated about business now. So freaking awesome… 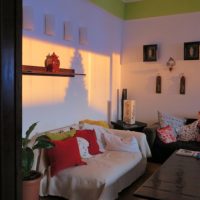 Why do I have to keep acknowledging the tiredness? Ok,…

Being in the flow.. with life or … just drunk 😆

Its barely 11 am in the morning and I am…

Type your search keyword, and press enter to search